Every day, more than 50k users download and open our music streaming app Anghami for the first time. The first few minutes they spend in the app play a crucial role in having the user come back the next day. Through the course of several months, we modified the customer journey and tried different copywriting, leading to twice as many users completing onboarding. Day-1 retention increased by 19% as a direct result of onboarding.

While it is crucial to quickly teach new users how to use features like creating playlists, getting them hooked fast is about instantly giving them music they enjoy. So, our priority as designers is to figure out a new user’s tastes so we can quickly give them the music they want. And we want to achieve this in the first few minutes of using the app.

Our onboarding involves several steps, and we consider it complete when users choose their favorite artists. While designing onboarding I needed answers to these questions:

Onboarding starts from the very first screen after opening the app. A welcome screen that highlights our features is a nice preamble. Although the features swipe automatically every few seconds, 15% of new users try swiping manually because they’re engaged with what Anghami offers. We can already tell that users who swipe manually have a 12% higher chance of retention. With that fun fact aside, the big colored button is what I’m focusing on.

We tested different texts for the Continue button, shown below. Which do you think performed best?

Spoiler alert: I was convinced “Unlock your music” or “Join for free” would perform stellar — after all buttons that say “free” always trump other buttons. But it was “Let’s Go!” that performed best, causing 12% more users to signup (I do most of my analytics on Amplitude). It is possible that words like free, unlock and unlimited make users think there is a secret catch when signing up.

A sentence affects whether users sign up or not

The next screen asks users to signup. We also tested the title over there. The winning phrase had a staggering 30% improvement in signing up!

Which do you think it is? Our tests indicated the first phrase “Don’t stop now, you’re almost done!” led users to sign up the most, so an encouraging tone is key for new users.

We were trying to find a way to keep users engaged without too many demanding steps and thought a good way was to get right to asking about their music tastes, without having to sign up. I expected more users to engage but the opposite is true. Users are accustomed to signing up as a first step, especially if it’s one-tap like Facebook or Google. Once users identify themselves, they feel a stronger ownership of the app and are more willing to personalize their musical experience. Users who were asked to sign up were 23% more likely to continue onboarding than those who weren’t. This metric is not affected by wishful thinking — I’m not comparing users who already engaged and signed up, but rather users who were merely offered the opportunity to sign up.

The crucial data we need at this point is the user’s favorite artists. This easy user task would help us quickly engage the user by personalizing their experience, hence considerably increasing users’ satisfaction and likeliness to come back the next day.

But there’s oh so many artists. So before honing in, we have typically asked for the user’s favorite genres first because they’re only a handful to display. Subsequently, it allows us to show a limited set of artists (otherwise it would be thousands of unfiltered artists). However, at least in the Middle East, users don’t think of music in terms of genres. It’s not obvious they should choose Rock if they like Lana Del Rey, or that Lebanese Classical will lead to Fairouz. Previously, many users users skipped the whole process at the genres screen. And even if they stayed and chose genres, many end up not choosing any artists in the following screen because that’s not what they expected.

I decided to experiment with removing genres completely, but before doing that, it was crucial to show a true variety of artists from a user’s perspective. We typically showed the top artists in a genre, but now that genres are out of the equation, we couldn’t just show the top artists in the user’s own country. It’s really not a given that the user will identify with the top 20 artists, especially that certain genres occupy the charts more than others.

Since our objective is having users choose at least one artist, we needed to make sure there’s a big variety of artists in the first page. The variety here didn’t have to be from a musical perspective, instead it should be from a user’s perspective. For example, Ed Sheeran is not really similar to Imagine Dragons, but our data shows that people who play Ed Sheeran are very likely to play Imagine Dragons. Since Ed Sheeran is more popular than Imagine Dragons, we only showed Ed Sheeran to make space for other “more different” artists. That way we’re targeting a large user segment, while keeping space to target other segments. We ran this AB test, and 17% more users ended up choosing artists when they got a variety of artists without genres.

The selection of artists was still limited to the most popular ones, even with the variety algorithm in place. But we knew that many users wanted indie bands that aren’t in the top, and we wanted to communicate that Anghami has all the music users could want. So we reserved the last 2 artists (out of 14 spots) for indie bands who are not anywhere near the top. With the indie artists in place, 7% more users completed onboarding.

Although the primary objective was choosing at least one artist, the secondary one was having users choose many artists. The first screen was limited to 14 artists (on average), but users could scroll. Instead of having a static list of artists loaded when users scroll, the app requests another set of artists on the fly. Once the user scrolls down, we instantly load artists similar to what they chose in the initial screen. If users didn’t choose anything at all, then it means they didn’t connect with popular artists, and we switch to showing indie artists only. An impressive 68% of users went to next page after choosing an artist, and users chose 13 artists on average — plenty for us to give accurate musical recommendations!

Removing genres proved to be very effective, but one possibly useful filter prior to artists would be the music language. Since our user base is in the Middle East, people think of music in terms of Arabic and non-Arabic (International) music. Indeed, when we talk about music, we either talk about the artists, or whether we listen more to Arabic or English music. We added a screen before showing artists, asking users whether they prefer arabic music, International music, or both. It was such an easy decision for the user, and it already halved our artist suggestions. Adding the music language screen caused a 22% increase in users choosing an artist.

But I was surprised that some users didn’t even choose their preferred music language. By changing the term “International” to “English”, even though incorrect since “International” refers to everything non-Arabic, caused a 6% increase of users choosing artists.

One thing remained. Users often have their existing music library on their device, and it’s important for them to import their library to Anghami for a fuller experience. Our app already offers that — in fact, it’s one of the most used features by new users. What if we offered importing music as part of the onboarding? I’m usually wary of adding extra screens to onboarding so users can start enjoying the app sooner. I showed this screen to a segment of users, and noticed that it caused a 6% increase in users completing onboarding, regardless if they actually imported or not. So this extra screen resulted in more engagement overall.

Push notifications at the right time

Finally, once users choose their artists, it’s a good time to ask for push notifications, so we can instantly tell users about new songs their favorite artists release. Users allowed push notifications 3x more after onboarding compared to blindly asking them upon opening the app.

Onboarding new users is a major work in progress. We’re always testing different copy, removing or adding screens to the flow, and trying different ways to recommend music after finishing the preliminary onboarding flow. Soon I want to test upselling new users to the paid Anghami Plus after they choose their artists (it’s the right time to tell them they can download all their artists’ songs). Another upcoming test is offering the option to skip signing up — will that bring back users who churned upon opening the app? I find onboarding to be a fascinating subject in app design since it involves a lot of psychology and understanding users’ minds. 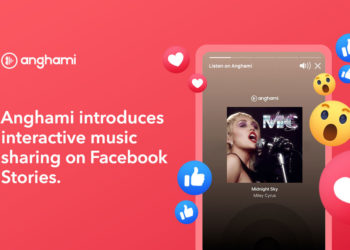