It is important to start shedding light on what goes on behind the scenes when taking care of musical genres on Anghami. Our job as curators is more than just making playlists, contrary to popular belief.

During the past year, Arabic Hip-Hop has seen a notable rise on Anghami. Its popularity has increased in the Middle East and North Africa overall, and that has translated within our app. Arabic Hip-Hop was the third highest trending vibe on Anghami during the year 2019. Moreover, in the past 6 months, the total streams on the Arabic Hip-Hop tab have almost increased by 100% when compared to the 6 months before that, reaching over 2 million streams from Nov 1, 2019, to May 1, 2020. Just for some comparisons, the average increase in streams on genre and mood tabs in that same amount of time is 2%, out of a total on 96 tabs. This shows that the 100% increase of streams on the Arabic Hip-Hop tab is pretty significant.

Now let’s get into it.

The Power of The Word “New”

On Feb 1, 2020, the playlist previously known as “Arabic Hip-Hop” was transformed into a weekly updated NEW FLAGSHIP playlist, called “New Arabic Hip-Hop”. Before that, it was deemed that there were not enough Arabic Hip-Hop releases to warrant a NEW playlist. But since that change, and with the help of the team and our new content dashboard, streams have increased by 67%, and the number of active users on that playlist increased by 36%.

Our Friends in Algeria

We had Moroccan Hip-Hop playlists, a Tunisian Rap playlist, and an Egyptian rap playlist. But we had nothing catered to our Algerian buddies. For that reason, about 9 months ago, we created an Algerian Hip-Hop playlist from scratch and started to build it up. It has seen a steady increase in numbers since then. From Nov 1 to Feb 1, the playlist had accumulated 60,000 streams from 6,000 unique users. The streams increased by 33% in the following 3 months (From Feb 1 to May 1) and accumulated 80,000 streams. In that same time period, 1000 more unique users joined the Algerian Hip-hop journey. With proper support from all sides (curation + marketing + social), these numbers should continue to go up!

Playlists from the Maghreb Region and Egypt (Moroccan Hip-Hop, Tunisian Rap, Egyptian Rap, Moroccan Trap, & Algerian Hip-Hop) have accounted for nearly 1.5 Million streams in the Arabic Hip-Hop tab in a few months, from a combined 70,000 unique users. This accounts for 75% percent of the total streams of the Arabic hip-hop tab. Now we can look at these insights in two ways, a positive one, and a constructive one. The positive side is that this shows the huge potential in the North African market for this kind of music, and with more support on the marketing side, social, and the artist’s side, as well as maintaining proper curation, these numbers are bound to go up. Especially if we start properly targeting listeners by country, and if we get artists to share these playlists on their social media. The other side is that we have some work to do in the rest of the playlists from the Khaleej region and the Levant region, to get their numbers up. But hey, who doesn’t like a challenge?

A Brand New Look and Feel

We also divided the Arabic hip-hop tab 1 month ago into sections per region. Previously, it was 2 sections  (Highlights + All Playlists). Now, it is 5 sections (Highlights + Maghreb + Egyptian + Khaleeji + Levant). It is too early to properly see the real impact of this, since the change was implemented recently, in the middle of the coronavirus pandemic and quarantine – so an increase or decrease in numbers and stats may be due to factors outside of the section changes. But in my opinion, that’s not going to make a huge difference right now, because the total number of playlists in the tab is not very high. But as the number of playlists increases in the near future (something we are working on), having the tab divided into sections by regions makes more sense than just cluttering them up altogether.

A New Chart is Born!

We also launched an automated Top Arabic Hip-Hop playlist in December 2019 from scratch.

Since its inception, it has garnered over 100,000 streams from 10,000 unique users. It has also pushed us on the content fixing front, to make sure Arabic hip-hop songs are marked as “Arabic” and not “International”, something we have to keep paying attention to and have the right genre attached to them so that the right songs properly show up on the playlist. Yes, I know what you’re thinking. This is a “TOP” playlist and curators don’t curate anything in it but guess what? It didn’t exist before. And now it does. And it’s entertaining tens of thousands of unique users, and the best is yet to come!

In the past, we as a company have invested in the Arabic Hip-Hop field, with little success. But now is the time to do it in the right way. If the focus is on the right artists, then the right results will appear. The majority of fans prefer listening to modern trap-influenced Hip-Hop music. Artists who follow this style like Wegz, Didine 16 Canon, A.L.A., Marwan Moussa, Lbenj, just off the top of my head are always on fire on Anghami when they drop music. So I’m sure any future project that is done with artists like these will yield a positive result. Recent editorials done on Egyptian artist Wegz and Algerian artist Didine 16 Canon were huge successes, scoring a new record in social engagement metrics. That shows the potential we have of attracting users by focusing on what is hot today. And hopefully, we can do exactly that, and push Arabic Hip-Hop on Anghami onwards and upwards.

Music Day on Anghami: a whole month of celebrations!

Because Music Day is not just one day per year on Anghami, the leading music streaming platform in the... 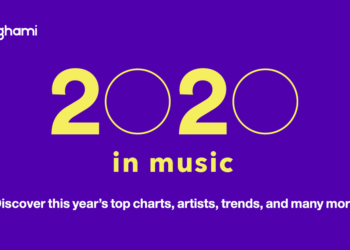 What a year it has been.  And the insane randomness did not spare the music industry and trends. This...

From offline to online: discover your favorite communities