Prior to digitally buying and streaming music on our smartphones, mediums ranging from vinyls, cassettes, to walkmans dominated the way people consumed music. All these examples share a common thread: they’re both physical, and can be given or shared with another person. Burning playlists down on CDs and making mixtapes for a girlfriend or boyfriend were a few of the practices that were possible thanks to this. While we all love to isolate sometimes and to listen to songs that trigger strong emotions inside of us, music is the habit of a social creature, and it exists to be shared and enjoyed by as many people as possible. When the iPod and similar devices entered the scene, we gained a lot of new perks, but we silently lost a little human touch. All of the music I could ever enjoy was in the palm of my hands, I just had to plug in my earphones and I’m good to go. It’s a lovely bubble to be in. However, there is a reason we like to organize huge concerts and festivals: the community adds an extra layer to the experience.

These days we’ve taken this to a whole new level in the way that we consume music. Streaming platforms offer any song you could think of for you to listen and enjoy at any time you desire. Technology enabled us to gather a massive music collection and host it on the cloud, and then to build a nice music player that can be used from any smartphone.

At the same time we’ve lost an important aspect when it comes to music: sharing. It is especially satisfying when you introduce a friend to a song that they had not heard of before, and they immediately fall in love. That is why Anghami offers many features that allow people to interact with each other within the platform, such as chats and stories and many others.

An important thing I want to mention about our social aspects is the concept of a music match between users. Anytime you visit somebody else’s profile, you are greeted with a percentage of match with the other user. We have leveraged this number a few times and netted very positive results. For example, on Valentine’s day, we matched up people based on their music match, and that directly affected our traffic on chats on the longer run, i.e. more people discovered the feature and started sharing music with each other. You can read more about it here

Each feature is part of a bigger puzzle. We’ve learned from past experiments that there always needs to be context for something to succeed, and we’ve recently been working on what we think is the next logical step in our social experiment. Introducing “Live Radios”.

We are offering the ability for users and artists to “Go Live” and create a room to listen to music with other people in real time. Inside this room, listeners can comment and clap to express their enjoyment of the currently playing song, or they can beg the DJ to skip to the next song. This is by no means a new idea at Anghami, there was always a plan to expand into social features, but as mentioned earlier, the context has to be right.

The feature is divided into two experiences: the broadcaster or “DJ” that is choosing the music, and the listeners. Let’s take a look at both flows.

Users can now find a ‘Go Live’ button on their homepage, or in their full screen player. Tapping it triggers a dialog that asks basic information such as the name of the channel and whether they wish it to be private (invite only) or public.

Inside their live radio, users can control their queue, read and write comments to their listeners, and eventually stop their broadcast. The queue controls are similar to the ones available in our player, which means the broadcaster can reorder their queue, remove and add songs by searching for them. They can also scrub (go forwards/backwards in the song) but they cannot pause since that wouldn’t be appropriate during a live broadcast. There is also a mute button available that can be used instead of the pause.

The listener experience starts from the homepage by tapping on a friends live radio. Users are then tuned in to the music playing inside the channel. Inside, they can comment and clap for songs to indicate to the DJ that the currently playing song is appreciated. The current number of claps is displayed at the bottom right of the song artwork. Each listener has a limited number of claps per song.

Both the listeners and the broadcaster have a button that can be used to invite people to the live radio via Anghami Chats, or via any external social media platform.

This new toolset in our product has a lot of potential applications, ranging from having virtual parties to intimate listening sessions. Everything is possible. We can imagine having a DJ preparing sets from the comfort of their own home and having people all around the region dancing and partying to the same tunes. Or simply listening to the same songs as a significant other during the day, connected through music at all times. It might seem like a small thing, but since the songs we listen to can directly affect our mood, it can be a way to share emotions even though people are separated by distance, especially during these quarantine times (note to future reader – we are deep in the 2020 Corona virus pandemic).

One question remains, does this make sense for Anghami? Looking at the numbers, we have noticed that the fact that a certain segment of users is very social (that use social features like chats and stories) tends to have a positive impact on many of the metrics that we measure regarding user attention or KPIs. For instance, these users discover more songs and artists per day, and listen on average 20% more seconds per day than regular active users. This all translates into more time inside the app which is always a good thing. There is a video at the bottom of this blog post that digs a bit deeper into these analytics, but in short we have established that pushing certain users to use these social features is beneficial for regular metrics such as more music discovery. I mentioned earlier that people enjoy having their music taste validated, and this became more apparent when we compared users based on the number of their followers. We noticed that users with a higher number of followers stream more music, which gives more opportunity for their friends to watch their stories and to find a song they like. In this context, focusing our resources on social features makes a lot of sense and is a fair bet. In a way, Live Radios are the culmination of this concept of sharing music taste, which will hopefully prove our efforts were worth it.

Beyond the technical aspect of things, releasing this feature involves a good degree of preparation. The first thing we made sure of is to have minimal impact on the existing experience and interface. Anghami users should feel right at home, even with the addition of new toys to play with. Secondly, there was an active attention to detail, because this kind of feature does have many edge cases and scenarios that would lead to bad behavior from the app. For example, you cannot start streaming a song on your own while listening to somebody else’s broadcast. Moreover, if you are a DJ yourself and receive a phone call, then the music just mutes for you and keeps playing normally. You even get a little indication that it’s happening, once the call is over everything goes back to normal.

We needed a way to allow for organic growth, which is why we included ways of sharing these sessions as stated previously. What is being shared apart from any custom message is a link (or deeplink) to the live radio. Tapping it from any social media post or comment redirects you to the channel directly.

In addition to this, we are planning to collaborate with multiple artists, DJs, and indie artists to have release parties for every taste out there. You could be listening to your favorite artists playlists soon, in real time, with them and hundreds of other people.

However, evidently this is not only about the artists, it’s also about the user of Anghami who can now become the star of their own show. We are setting the scene for music influencers to grow a following within our ecosystem. We hope to see communities form within the social network around music genres, and that everyone can find a place that provides good music at all times.

Future plans include enabling push-to-talk audio for the broadcasters so that we can replicate the real Radio experience within our Live Radios. Every user will be able to have their own radio station where they can share the music they love to the world. Eventually adding several tools for users who want to take this to the next level, like DJ mixing options and eventually live video streaming.

Of course, the most important thing now is to gather feedback from our user base. I have been working on this project for several months with an amazing team and I am very excited to get opinions on how this feature should move forward. Do not hesitate to contact us if you have any ideas or complaint about our new Anghami Live Radios.

Check out this video to see what we’ve been up to regarding Anghami’s social platform. 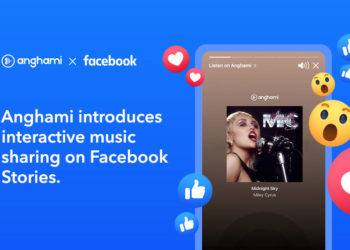 Last February, Anghami released a totally revamped version of its iOS application. Since its inception in 2012, Anghami has...

Clusters Of Embeddings Most of Recommender Systems deployed in industry today rely on representing the items and users in...

Grant The Gift of Music